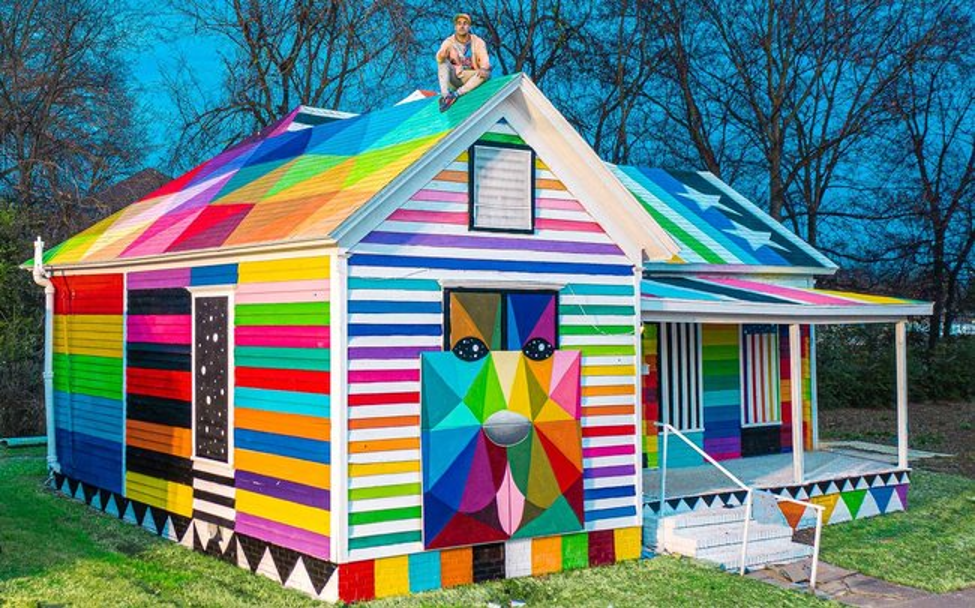 Sometimes, you can find rainbows in unexpected places, including in the middle of northwestern Arkansas. 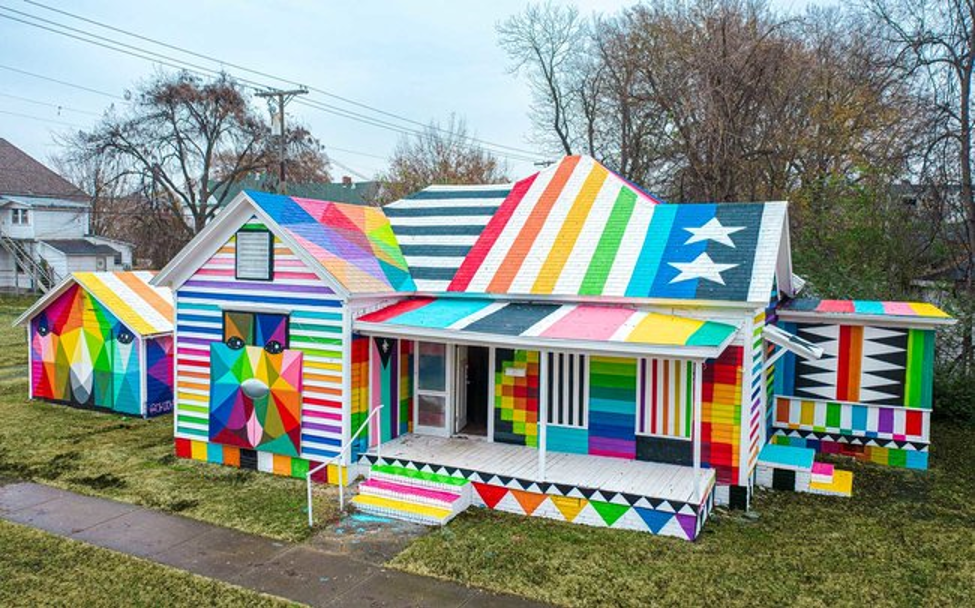 Dubbed the “Rainbow Embassy,” the house-slash-art installation has been painted in all the colors of the rainbow as well as eye-catching patterns such as stripes, geometric shapes, and stars, according to Artnet News. The house is located in a residential area, close to a public school at the intersection of North 14th Street and North G Street, so it’s a bright and cheerful addition to the neighborhood. 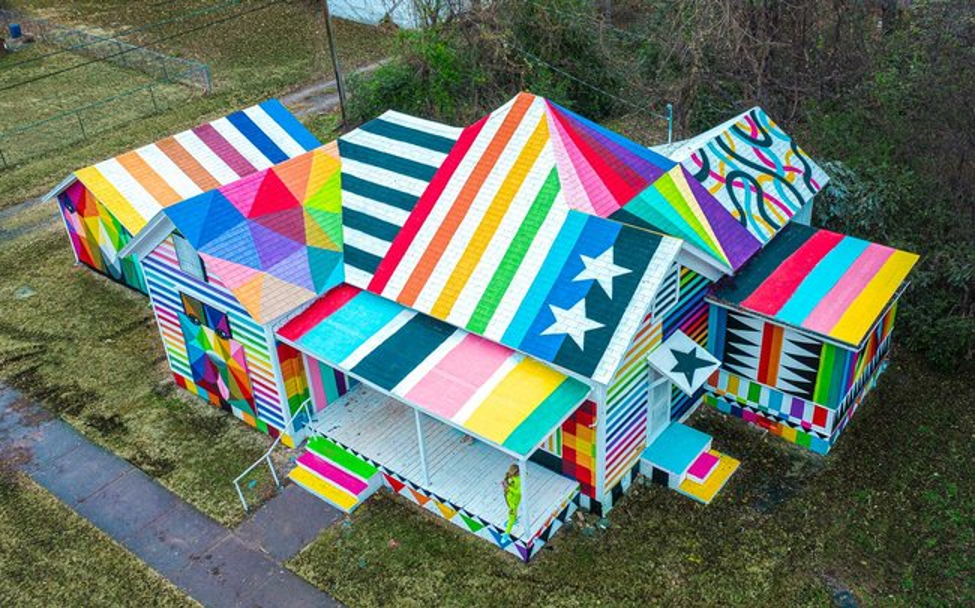 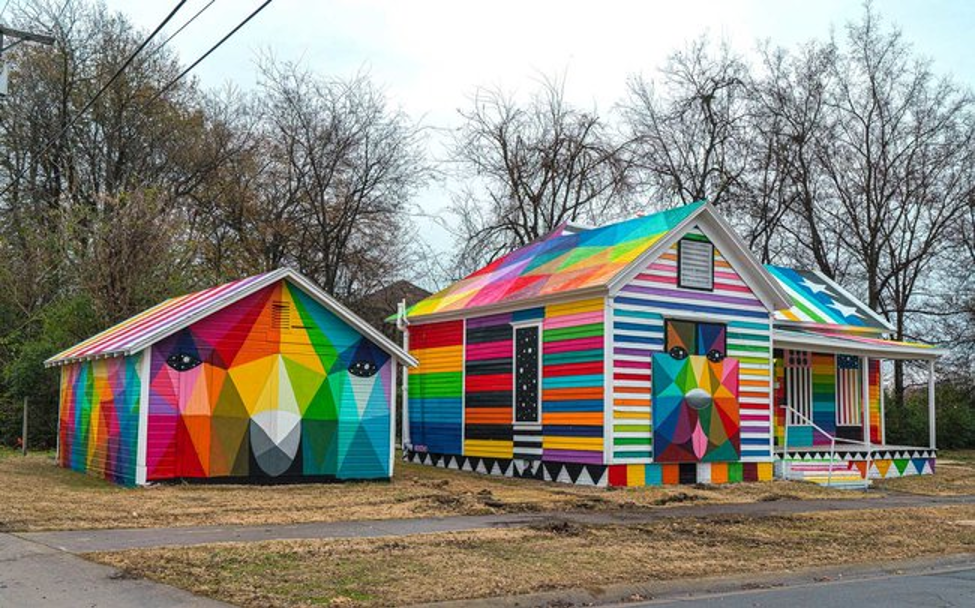 The roof is especially vibrant, with bright triangles and stripes. The front facade of the house also has a geometric pattern that’s meant to resemble a dog’s face. The garage is painted as well, featuring a smiley-face on its door.

According to Lonely Planet, San Miguel hopes the house will bring “a touch of imagination into [the locals’] daily lives, as they will get to enjoy the installation and watch it evolve through the seasons”.

“This project gave me the possibility to expand on my previous work, adding more architectonic dimension and completing my vision of mythical animals,” San Miguel told Designboom. The artist has visited Fort Smith before, when he similarly revamped Walala Pump & Go in the town, according to Lonely Planet. San Miguel has also worked with Justkids in Boston to create “kaleidoscopic” animal figures on the city’s waterfront, Lonely Planet reported.

Charlotte Dutoit, the curator for Justkids, said in a statement to Artnet News, “Okuda’s high spirited and immersive works are a true gift of joy to the community.” The house is part of a larger Justkids project entitled, “The Unexpected.”

And it all comes as an effort to revitalize the community, especially in areas that have been underserved.